Homepage > THE MOST PRECIOUS GEMS OF PRAGUE IN A SINGLE PACKAGE 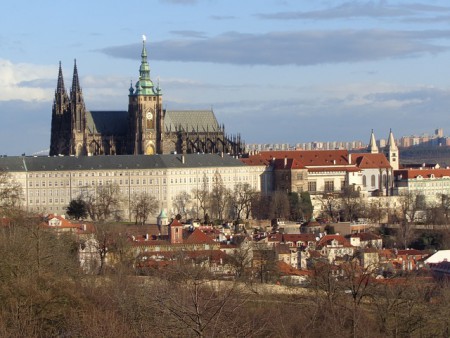 Treat yourself to an unforgettable experience: discover what makes Prague one of the most visited cities in the world…

TripAdvisor places Prague among the five most sought-after locations in the world. Come see for yourself! You can embark on the tour from either direction, depending on what part of the city you are lodged in. During this exceptional walk through this extraordinary city and its historical center, a UNESCO World Heritage Site, you will see dozens of architectonic gems (at least 40 of the most important ones) in an array of architectural styles:

-          The singular Cubistic architecture of Prague

-          The Karolinum building of Charles University

-          Clementinum - after Prague Castle, the second most extensive complex of historical buildings in Prague

-          Strahov Monastery offering the most beautiful views in Prague

Did you know: the first industrial exhibition on the European continent was held in the Prague Klementinum in 1791 on the occasion of Leopold II’s ascension to the throne of Bohemia? And that the Klementinum is the only place in the world where daily weather conditions have been continually watched and recorded since 1775? Whereby these records constitute the longest continuous series of meteorological observations in human history?

If you do not wish to be picked up at your hotel, your guide will await you at the following location:

Price: As specified in the price list in accordance with hourly rates for relevant services. Pick-up at your place of accommodation is included in the price (only guide without a car).